In May 2009, the Traylor Bros./Frontier-Kemper Joint Venture received Limited Notice to Proceed to begin preparations for the construction of transit tunnels under Contract U220 for the Sound Transit Authority in Seattle, WA. This project includes two 18′-10″ finished diameter tunnels, over two miles in length, bored between the University of Washington Station (UWS) and the Capitol Hill Station (CHS).

Traylor Bros./Frontier-Kemper Joint Venture contracted Dakota Fabricating Inc. to construct two custom Overland Conveyor Systems to remove the muck, during excavation. In addition to the conveyors, Dakota built two I-beam construction tower support systems. These were used to support the conveyors inclined elevation without the use of stands towards the tail pulley end. This was to help maximize clearance under the conveyors to facilitate access to muck piles and allow an ease of excavation. 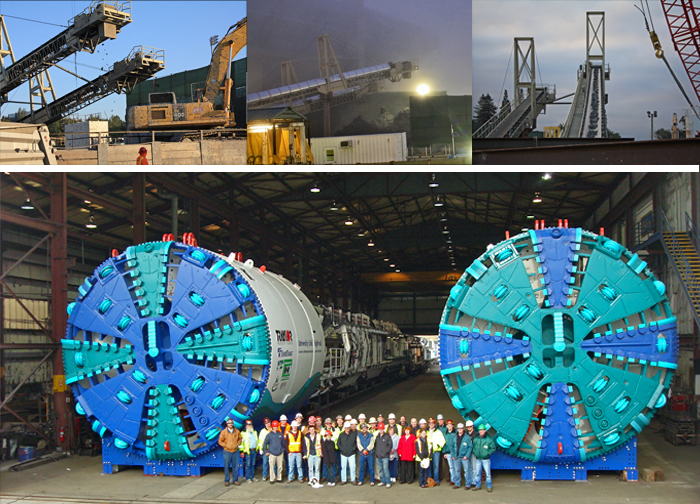